In Elixir, you have mechanisms to deal with that. This means Elixir apps will be more stable on the long run. However, if it is raw power that you want, I must tell you that Node is horrible for heavy number crunching. Have you ever tried calculating PI on a Node. If you want to take out the best performance a CPU can give you, then IMO, Elixir is an easier choice because of all the juicy support it has for parallelism.

I hope I have convinced you. The remaining app went happily crunching millions of records while generating other couple million records, and next synch doing it all again and again, with no real difference in time spent. I only noticed something was wrong when the month changed and those sets were still showing info for the previous month while all others were getting updated regularly.

Concurrency and parallelism in Elixir vs. other languages

Python, unlike Node, is not concurrent by default but does give you multiple tools for writing concurrent and parallel code. However, each option has trade-offs and choosing one is not necessarily straightforward. You could use the threading module and deal with the fact that the global interpreter lock GIL limits execution to a single thread at a time, making parallelism impossible. The other option is Python's multiprocessing module, which bypasses the GIL limitation by spawning OS processes as opposed to threads.

Using multiprocessing makes parallelism possible but has the trade-off that OS processes are slower to spawn and use more memory than threads. Writing concurrent and parallel code in Elixir is much simpler since Elixir is concurrent at the runtime level. Elixir's reputation for massive scalability comes from the fact that it runs on the BEAM virtual machine , which executes all code inside extremely lightweight "processes" that all run concurrently within the VM.

BEAM processes have negligible cost to spawn and use minute amounts of memory compared to the OS-level threads and processes spawned by Python's concurrency modules. Because of this architecture, going from executing processes concurrently to executing in parallel is just a matter of adding more CPU cores. In Elixir, not only is concurrency a first class citizen, but there is no distinction between concurrent and parallel code. All you need to do is write concurrent code and the VM will automatically and by default parallelize it if there is more than 1 CPU core available.

As mentioned above, in Elixir, concurrency is achieved by distributing operations to multiple BEAM processes.

You can very easily spawn processes with functions like Kernel. The most common use case for [Task] is to convert sequential code into concurrent code by computing a value asynchronously. The Task module lets you write unbelievably clean concurrent code in Elixir -- no callback hell and no need for Promises. For this exercise, Task. By default, the number of processes spawned workers is equal to the number of items in enumerable.

This gives us a straightforward way to control the level of parallelism with the workers argument assuming we have enough CPU cores. All we need to do is split the list of letters into the correct number of chunks and use Task.

Let's start with a working sequential implementation from my solution :. Here's one way to implement those helpers:. The function above is a fully working concurrent implementation and passes all the tests. Despite being concurrent, the code reads exactly like regular sequential code, which demonstrates the power of the abstractions provided in Task. As I mentioned earlier in the post, there is no distinction between concurrent and parallel code in Elixir. If we set workers to a number greater than 1, and we have more than 1 CPU core available, the BEAM VM automatically parallelizes the execution of the spawned processes.

You can check the number of schedulers that BEAM has started with :erlang. 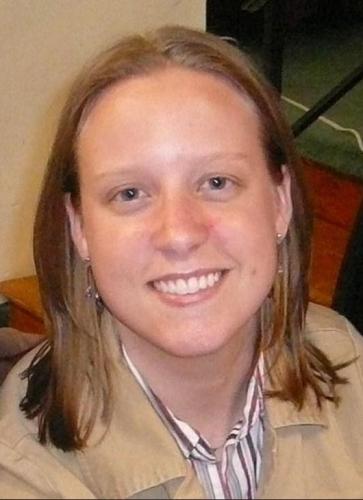 This represents the maximum number of VM processes that can be executing at the same time. Setting workers to a number greater than the number of schedulers does not increase parallelism and may hurt performance. Converting the code from sequential to concurrent turns out to be much easier than expected using Elixir's Task module. The concurrent code adds some extra complexity in the splitting of the list of graphemes and combining the worker results, but the end result is surprisingly clean.


Before solving this Exercism problem I had heard about Task , but never used it. After applying it in my solution, I would now consider it an indispensable part of my Elixir toolbox. You could use this new tool in many ways to try to optimize performance in your applications. Most web applications are IO-bound and would, therefore, benefit from concurrency even if there is only a single CPU core available.

One fairly reliable way to speed up a web application is to make HTTP requests concurrently :. The code above applies Task. Level up your programming skills with 2, exercises across 50 languages, and insightful discussion with our volunteer team of welcoming mentors.